How Do You Build Buying Consensus? Only Consensus Knows.

When a group of people must agree on a place to eat, disaster abounds. One person will inevitably try to choose McDonald's, just to see if there’s anyone else on earth who yearns for the mushy taste of Fish Bites (the correct answer: no). One person will try to choose Little Caesars because they only have two dollars to their name, but are too ashamed to admit it to their friends. And one person will definitely say they’ll eat anywhere, then passive-aggressively undermine whatever choice is made. No matter what gets chosen, the meal always ends in sadness and regret. Why? Because reaching a consensus is hard.

If deciding on a lunch spot is hard, imagine the problems that arise in the world of business-to-business (B2B) sales. Weighing the pros and cons of eating at Mickey D’s is one thing, reaching a buying consensus with the fate of your company hanging in the balance is another animal altogether.

As a serial entrepreneur focused on software as a service (SaaS), Consensus CEO Garin Hess experienced how painful this process could be in his early-stage startup dabbling.

“We constantly ran into this problem, we’d have a great conversation with one person at a large company, think we were making progress, and then we would discover there were all these other people getting in on the purchase decisions,” Hess said. “Which would make the purchase and sales cycle run really long. We would have these demos for every single person in the buying panel and we would often try to group them together, but then we’re left trying to figure out how to position each demo. Is it for this person or that person? Who’s the most influential?”

At the beginning of 2013, Hess began to diagram a solution. With prior experience applying interactive technology to help automate corporate training, he began to see the light at the end of the tunnel — a platform that would allow companies to automate the sales process.

Armed with a potent idea, but not yet fully realized, Hess sought the opinion of those closest to the problem.

“I went out and talked to 30 different VP of Sales at SaaS companies, most of them here in Utah,” he said. “What I found, 77 percent of them ranked this problem of selling to a buying panel, building consensus and the resulting sales cycle or low close rates, and the fact that you have to demo over and over, as being an extreme problem...This made me realize that this was a pretty broad reaching problem I was trying to solve.”

Backed not only by his own convictions, but the combined knowledge and expertise of people within the sales industry, Hess buckled down and the process of trial and error began.

Amidst this torrent of ideas, Consensus was unlocked.

“Consensus is a software as a service that intelligently automates product demonstrations to accelerate B2B sales,” Hess said. “The way that it does this, it uses a personalization engine that is patent-pending, that configures each demo to each prospect’s unique interests, just like an expert salesperson would.”

Launched officially in February of 2014, Consensus has taken the personalized demo world by storm, mainly because they created that world.

In most instances, businesses trying to break through are measured against their competition and make adjustments from there. What makes Consensus unique is, because they’ve basically created this idea of intelligently automated demos, there is no competition — they are the only company occupying that space.

“We believe that we’re creating a new sub-category within the sales acceleration umbrella,” Hess said. “It’s a sub-category that’s going to be in the billions of dollars in terms of market size over the next 3-4 years. Right now, we’re fortunate to operate in a window where we’re not experiencing any direct competition. We do see other sales acceleration tools, but no one else that we can tell you is focusing on solving this problem of delivering personalized, automated demos of products. The big challenge when you have a new category is not the competition, because you’re establishing the category, but simply educating the marketplace on something that’s brand new, and helping them find budget.”

Once the marketplace is educated, however, the sky’s the limit. Businesses waste an inordinate amount of time and resources on trying to build a buying consensus among potential customers. Consensus's analytics (obviously called Demolytics) help businesses to shrink that gap, increasing closing rates and shredding the normal timeframe for a sales cycle.

When Consensus can get a business to understand that vision, it’s game on.

“We had one client that ran Consensus in a split test, with the same sales people — they didn’t split up the sales people, they just split up the deals,” Hess said. “So they said, ‘Half the deals we’re going to use Consensus, half the deals we’re not.’ Just to see what the impact was. At the end of this, the ones with Consensus were closing at a 44 percent higher rate than those without and the sales cycle went from 50 days, down to 16 days.”

To fuel their rapid growth, Consensus has recently raised $2.8 million in a seed funding round led by Peak Ventures. Additional money has translated to additional customers, and of the heavyweight variety.

“We have a handful of enterprise customers right now, and several more that could close soon,” Hess said. “There’s definitely demand there and that’s one of the main reasons for the funding, to accelerate the enterprise acquisition and move into that side of the market.”

So what’s it like being a startup in Utah? Even before his current venture, Hess experienced a wide variety of failures and successes within the Utah startup scene. And now, with an ever-expanding team of about 25 individuals surrounding him at Consensus, he’s more than willing to acknowledge all the relationships forged along the way.

“One of the things I love about the startup community here — and this may be true outside of Utah too, but it certainly feels stronger here — is the feeling of camaraderie between entrepreneurs and founders,” he said. “There is such a desire for everybody to help each other...we all want our own companies to succeed, but we also have this desire to see the tech and startup scene in Utah succeed.”

Ensuring a quick and efficient buying consensus isn’t easy. Just as I can’t agree on a lunchtime meal with my friends, businessmen and women struggle to reach a buying consensus on a day-to-day basis. But with Consensus, times are starting to change.

“This is the single biggest problem in B2B sales in any industry,” Hess said. “How do you get all the people that make the decision together onto the same page and close them out? Because each stakeholder in the buying panel gets a unique demo that shows the product to them in a way that is most relevant to them, it helps build a consensus very quickly.” 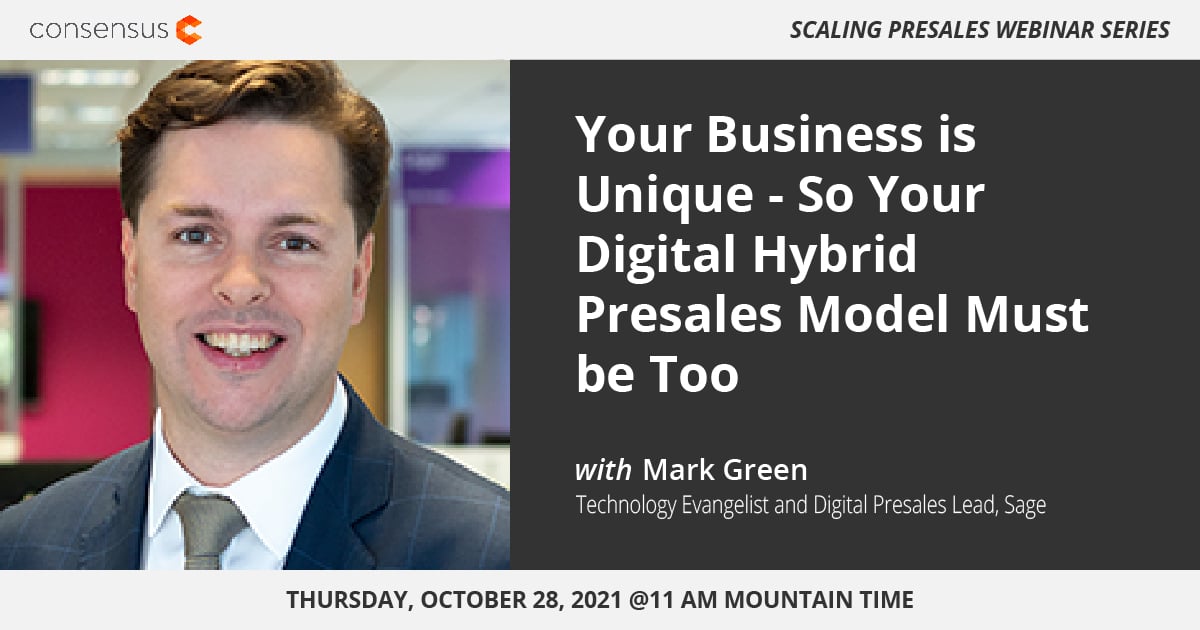 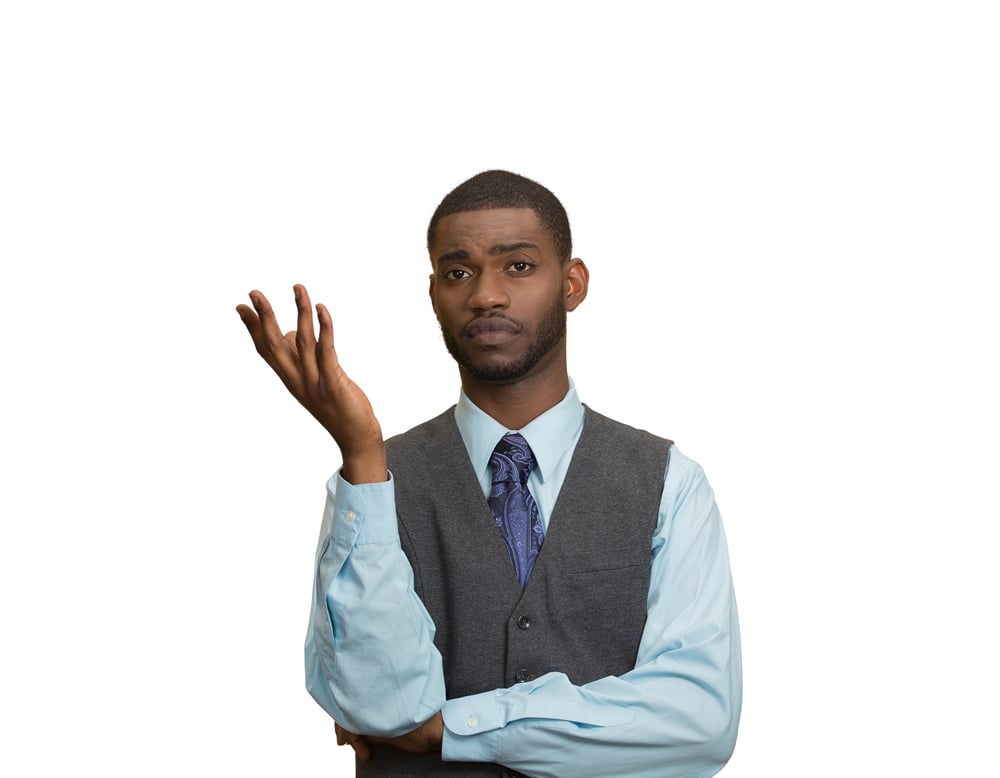 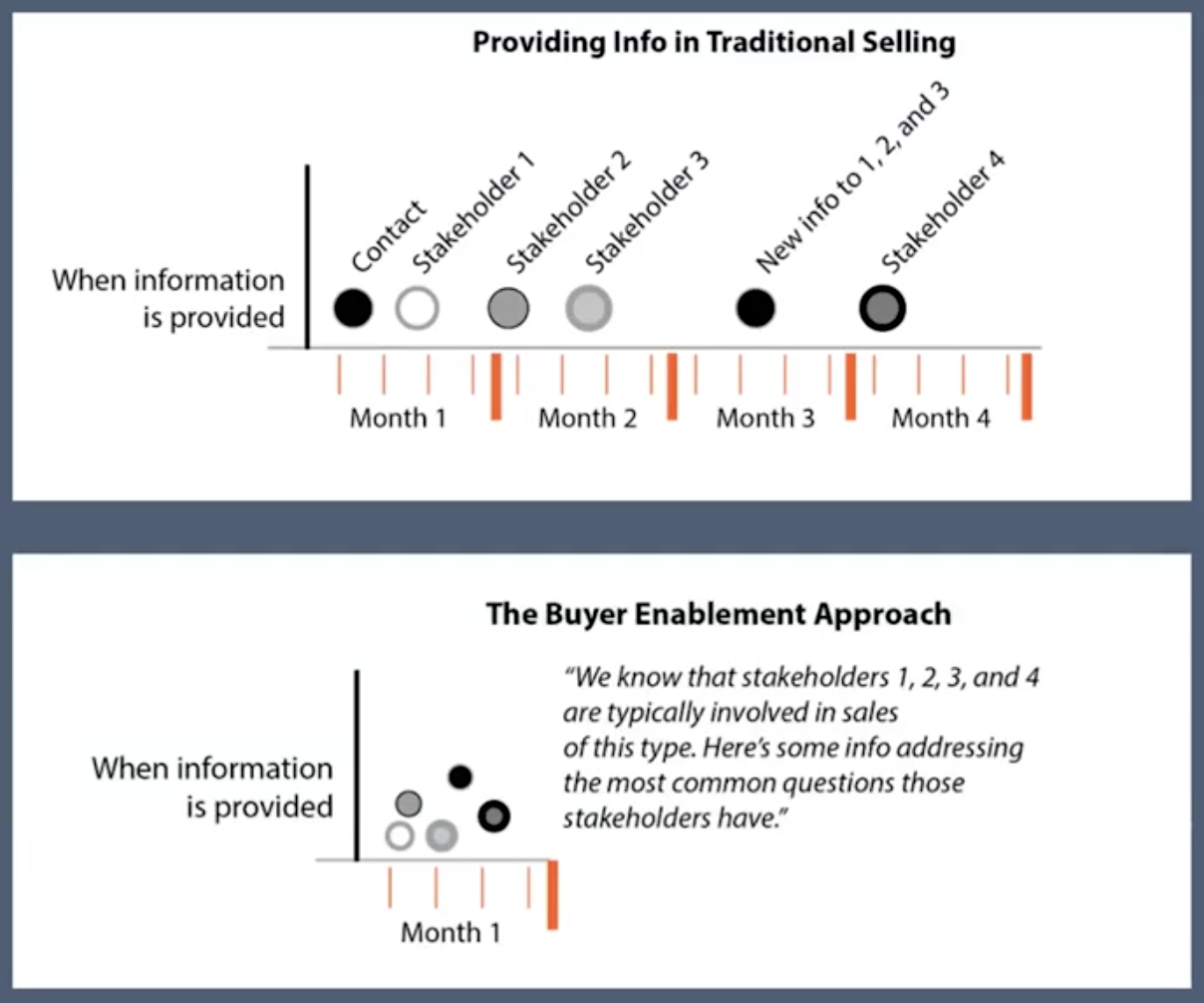